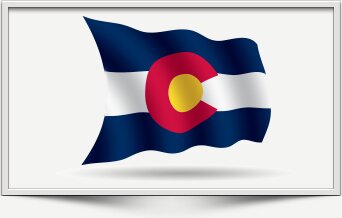 (Costa Mesa, CA) – A federal lawsuit filed this week against the Consumer Financial Protection Bureau (CFPB) accuses the agency, among other things, of attempting to data mine the information of thousands of American consumers and their private communications with their attorneys through unconstitutional measures.  In addition, the CFPB is accused in Case 1:13-cv-01112, of over-stepping its bounds by attempting to violate the attorney-client privilege by demanding, through coercive tactics, the non-public information of citizens considering bankruptcy.

Attorney Kimberly Pisinski, an attorney licensed in Connecticut, filed the suit, saying her clients had engaged legal representation and counsel and, therefore, had a “reasonable expectation that their personal, confidential financial information would remain private.”

Co-plaintiff Morgan Drexen, which provides back-office support services to Pisinski’s law practice, has faced a similar battle regarding the nature of the services in Colorado.

“This exact same type of case has already been argued and won,” said Morgan Drexen CEO Walter Ledda, pointing to a decision in Colorado District Court that challenged similar data mining attempts and unconstitutional regulation of attorneys in that state.

“We believe the Colorado ruling best underscores our position that regulatory agencies, including the CFPB, are reaching beyond their legal grasp in their efforts to data mine and regulate the actions of lawyers and their support staff,” Ledda said.

In Case 11CV7027 in Colorado District Court, plaintiffs Morgan Drexen and attorneys Drew Moore and Lawrence Williamson, prevailed in every count against the Colorado Attorney General and the Administrator of the Uniform Debt-Management Services Act.

The plaintiffs asserted that the AG’s and the Administrator’s attempt to regulate attorneys legally practicing law within the State of Colorado, as well as the attorney’s support staff (Morgan Drexen), was an unconstitutional violation of the judiciary’s exclusive power to regulate the practice of law under the separation of powers doctrine.

A District Court Judge found for the plaintiffs, holding that the AG’s and the Administrator’s attempt to regulate the attorneys and Morgan Drexen was unconstitutional.  Further, the court stated that a complaint issued by the Attorney General’s office “…misses the critical distinction that Morgan Drexen and other non-lawyer assistants are not mere ‘third parties,’ but rather are extensions of the attorneys and the services the attorneys offer.”

Jeffrey Katz, Morgan Drexen General Counsel, says the outsourcing of administrative services to small law firms is an important function allowing lawyers to better serve their clients.  The ultimate victory in these cases is the individual’s right to hire an attorney of their choosing with the full expectation that their private and confidential communications will remain secure and confidential from government intrusion.