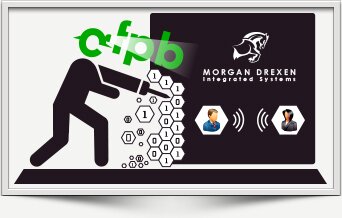 The agency is seeking thousands of personally identifiable documents of Ms. Pisinski’s bankruptcy clients, which are not public record. The sought-after information includes names, addresses, phone numbers, amount of debt owed, source(s) and amount of income, creditors (including banks, medical service providers and non secured loans), and other financial obligations (including utilities, car insurance, rent, mortgage and child support). The CFPB is also requesting details of when clients talked to their attorney, for how long, the medium of communication, all attorney notes, the amount paid for the attorney’s services, and the nature of the client’s engagement with the attorney – which itself is privileged information.

“At some point, this agency, which has expansive powers to write its own rules, needs to be reeled in,” said Pisinski. “Americans facing bankruptcy have enough to deal with without having the personal, privileged details of their financial troubles seized by the federal government for an unknown purpose.”

“This is an egregious overreach by the CFPB, plain and simple,” said Ledda. “The company’s integrity as a reliable outsourcing option for attorneys is dependent on our commitment to honoring a lawyer’s obligations under the Model Rules of Professional Conduct. The lawyers demand it. Their clients count on it. We intend to honor our commitment to it.”

Morgan Drexen is permitted to provide outsourced, administrative services to attorneys pursuant to Model Rule 5.3 of the American Bar Association. According to the Rule, Morgan Drexen’s attorney customers must make reasonable efforts to ensure that Morgan Drexen’s conduct is compatible with the professional obligations of the lawyer – including protecting the attorney-client privilege and abstaining from disclosing confidential information.

The CFPB has been sharply criticized in recent months for its aggressive campaign to harvest financial data on millions of Americans. The agency has demanded records from major banks, and is reportedly buying information about at least 10 million consumers from credit reporting bureaus. The CFPB says the data is meant to guide enforcement and rule-making – but some remain skeptical of the massive “data mining.”

“There has been a veil of secrecy around the collecting of data,” said Wisconsin Representative Sean Duffy during a recent House committee hearing on data collection. The comment was directed at a CFPB representative who testified that he did not know how many consumers have had their financial information collected by the agency. Last week, the U.S. Government Accountability Office announced it is launching an investigation into the data mining efforts of the CFPB.

The action filed today by Ms. Pisinski and Morgan Drexen seeks declaratory relief on the grounds that the CFPB does not have authority under the United States Constitution to regulate legal services provided by an attorney pursuant to an attorney-client relationship.