Morgan Drexen designs and delivers integrated support systems to attorneys across the United States. Our revolutionary software creates a virtually paperless workflow for law offices, thereby reducing costs and allowing attorneys to focus their attention where it matters most: on helping their clients. Morgan Drexen also provides critical back-office paralegal and paraprofessional services.

The law firms we support offer a wide range of legal assistance in a variety of areas including non-formal debt resolution. Attorneys who rely on the support of Morgan Drexen provide a valuable service to consumers by obtaining settlements for outstanding unsecured debts that would otherwise take years to pay off. These debts are often the result of financial hardships including loss of income or unexpected illness resulting in costly medical bills.

Based in Costa Mesa, CA, Morgan Drexen is a fast-growing and dynamic company, which employs more than 340-people. We are committed to providing top-level customer service and responding quickly and nimbly to the needs of the law firms we work with. More than 100 lawyers across the country depend on Morgan Drexen to streamline their operations. 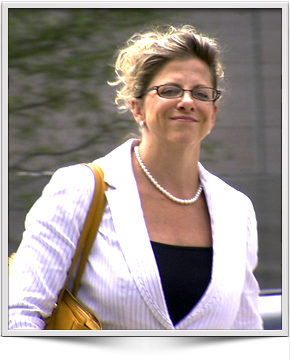 Kimberly A. Pisinski is a veteran litigation and consumer attorney with a passion for social justice and a proven record of helping those in need. Licensed to practice law in Connecticut, Kimberly was named an “achievement scholar” for graduating at the top of her class at Seattle University School of Law in Tacoma, WA. Kimberly later earned a special distinction from the state of Connecticut for scoring in the top 3% on the bar exam.

Kimberly began her legal career as a public defender in Port Orchard, WA, and later became Deputy Assistant Public Defender in Litchfield County, CT. Kimberly has also worked as a commercial litigation attorney, Assistant Professor at the University of Connecticut Center for Disabilities, and as Project Director for a program that focused on special education legal advocacy. Kimberly has been in private practice since 2003, offering a wide range of legal services including assistance to consumers in financial distress. Kimberly’s practice also provides legal representation to abused and neglected children as well as people with disabilities. Her civil litigation work includes employment disputes, deceptive trade practice issues, breach of contracts, discrimination, real estate, and business law.

Kimberly’s passion is working with children and adults with disabilities – particularly those with traumatic brain injuries, intellectual disabilities and mental illness. She also works extensively with the elderly. Kimberly performs pro-bono work for three non-profit organizations that focus on social justice.
Kimberly is President of the local chapter of an international nonprofit working to advance the status of women and children worldwide. This year she is focusing on girls in American culture, and addressing the frightening statistic that every nine seconds a woman in the United States is assaulted.

“As a mom to a boy and a girl I am shocked that 1 in 5 teenage girls is assaulted by a boy she is dating,” says Pisinski. “I am creating a program to get our communities talking about these problems and finding ways to change the numbers!”

Kimberly is also involved in another pro bono project focused on helping women and girls from other countries who are the victims of human trafficking. Kimberly assists them with their immigration needs while they heal their physical and emotional wounds.